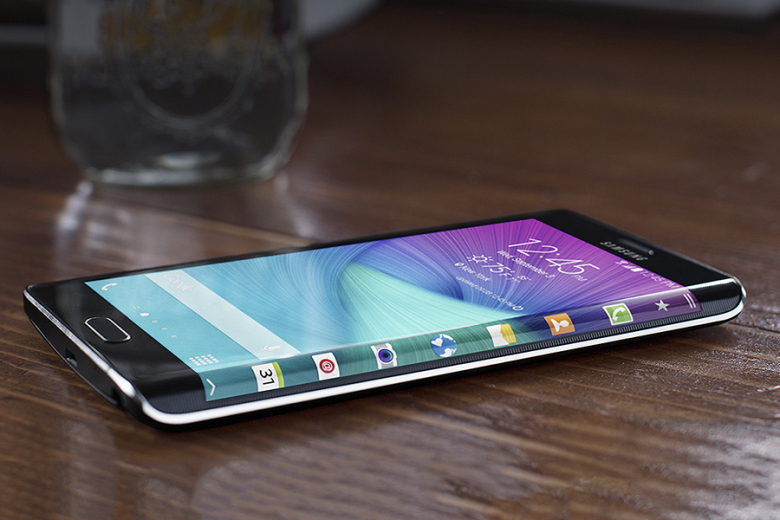 Taking a page from the Samsung Note Edge (pictured above), the upcoming device in Samsung‘s Galaxy Series is reported to also include a curved screen. The Korean company seems to believe that curved screen technology is the way to combat its sliding mobile sales figures, so it’s offering the Galaxy S6 with a 5.1 inch screen that curves on both sides. However, reports claim that they will also release a Galaxy S6 model with a regular screen in case consumers aren’t a fan. Both phones are expected to follow in the Galaxy S4′s footsteps with an all-metal body, but Samsung is replacing the problematic Snapdragon 810 processor in favor of its own Exynos 7420 model. Other speculations suggest that the phones will offer a Quad HD screen, 16-megapixel or higher camera, and Android 5.0.2 Lollipop. However, take these specifications with a grain of salt, as nothing is confirmed until Samsung unveils the models, which is expected to occur March 1 at Samsung’s Mobile World Congress. Stay tuned for more information.