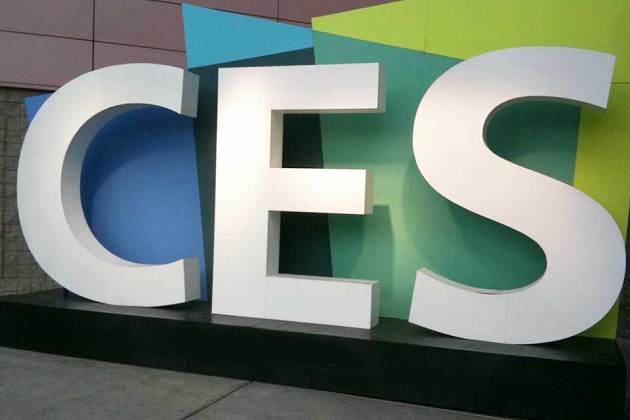 For most people, Christmas comes in December but for the world’s tech-lovers and gadget geeks it’s the first week of January when the real presents get handed out. Each year, like drones to the mothership, over 150,000 exhibitors, delegates, investors and journalists flock to Las Vegas for the four-day International CES (Consumer Electronics Show) – the world’s largest expo of emerging household technology – to be wowed by high-tech breakthroughs of all shapes, sizes and degrees of usefulness.

With over 3 million square feet of exhibition space, navigating the labyrinth of stalls to find those relevant products while avoiding the PR hawks pushing gimmicky trash is a little like the trench scene at the end of Star Wars. Still, using all our Jedi mind tricks we’ve pulled out a handful of announcements we feel should appeal to all Highsnob readers.

We’ve already taken a look at Mercedes’ hyper-conceptual hydrogen car and the outrageously fun/dangerous Zboard 2 electric skateboard, but here’s five more things that got us animated at this year’s show.

Like little Pinocchios yearning for our freedom, mankind has long sought to rid itself of annoying, restrictive wires. Yet, while wireless over-ear headphones have been a reality for years now, truly wi-fi earbuds have remained the stuff of fantasy – that is, until CES 2015.

It would appear that startup tech company Bragi has heard our calls and delivered something truly worth the wait. The Dash earbuds are not only a 100% cable-free set of high-definition headphones, they’re a real-time in-ear fitness monitor, self-contained 4 GB music player (no phone required!) and a wireless Bluetooth headset all rolled into one. They even feature a touchscreen on their outside surface, which you can use to control your linked device if you choose, but also include an on-board accelerometer that lets you perform certain gestures to trigger particular actions, such as nodding to answer a call or shaking to reject it.

The buds come in their own dedicated “charging case,” which recharges their battery simply by storing them inside and use a clever internal microphone that eliminates outside noise when on the phone. All that and each one weighs less than 15g. To say that we’re excited for their release later this year would be an understatement. The days of the “pocket tangle” might finally be behind us for good…

Speaking of cutting wires (or should that be cables?), perhaps the most game-changing announcement at this year’s show wasn’t actually a new bit of technology at all, but rather the end of an old one. Or, at least, the beginning of the end…

Sling TV is a new web streaming service that gives customers access to ESPN, ESPN 2, Disney Channel, ABC Family, Food Network, HGTV, Travel Channel, TNT, CNN, TBS, Cartoon Network and Adult Swim, all via their computer or smart TV for just $19.99 a month. While that might not sound particularly exciting amongst the ocean of shiny new gadgets that emerged at CES this year, its implications for the future of television are huge. Whereas, until now, cable companies held all the power over customers by insisting they buy into expensive package deals to access all the channels they want, Sling TV heralds the dawn of a new age of media consumption – one in which viewers pick and choose the services they want, and pay minimal sums for the privilege.

If you’re tired of shelling out $150 a month for hundreds of niche interest channels simply to get access to that small handful you actually want, the scales might’ve just tipped in your favor. Sling TV, coming soon, to a screen of your choice – see ya later Fishing Channel.

In terms of advances that actually feel like the future has arrived, it’s hard to beat the thrill of drone technology. Part exciting new toy, part terrifying robot death-copter, the pace at which this industry is progressing right now is incredible, with major new breakthroughs coming seemingly every month.

The biggest step forward for the drone market this year is “Follow Me” technology, which allows the machines to lock onto a specific signal and follow it wherever it goes. The best example we’ve seen of this is the AirDog, built by a small company from Latvia, which uses a hyper-accurate wearable wrist beacon (as opposed to the less reliable smartphone GPS) to tether the drone to its subject. When fitted with a GoPro or similar camera, the drone can then capture incredible live-action footage of extreme sports, all without the need for a dedicated cameraman to control it.

What’s more, using the AirDog’s dedicated smartphone app, you can mark out specific no-fly areas on a map, allowing you to avoid dangerous obstacles like trees or electricity pylons which the drone might otherwise crash into. It’s not quite the perfect autonomous, Johnny 5-style robot companion the childhood us has always dreamed of, but it’s certainly getting there. We fully expect to see some incredible results using this throughout the year.

Just ask any iPhone 6 owner, hands-down the number one problem faced by the consumer technology market right now is battery life. There are dozens of established companies out there attempting to solve this most frustrating of issues, yet out of nowhere a little-known Israeli startup is claiming to have nailed it with a revolutionary new technology that charges batteries in next to no time.

Utilizing an entirely different battery compound made up of organic molecules that are capable of absorbing a far higher current than a traditional cell, the StoreDot charger is able to restore a cellphone battery from almost empty to completely full in under a minute. What’s more, since they debuted the rather bulky technology around eight months ago, they’ve been able to decrease its size to roughly that of an existing docking station, making it completely suitable for domestic use.

While it’s still some way from being ready to hit the market, it doesn’t take a degree in quantum physics to see how much this could transform the mobile tech industry. What’s more, the company is currently investigating the potential for applying the same concept to car batteries, which could represent the breakthrough the electric vehicle industry has so long been searching for. Sure, StoreDot aren’t about to solve all our aggravating empty battery issues right this very minute, but we’ll be keeping a close eye on them in the coming months for sure.

The Oculus Rift hasn’t even been given a general release yet, but that hasn’t stopped crafty third party developers like Sixense working on some awesome new extensions of the eyeball-assaulting technology. Easily the most impressive of these to drop at CES was the Sixense STEM – a pair of motion-sensitive VR controllers that respond to every one of the user’s hand gestures to allow in-game movement. While this hardware can theoretically be applied to games of all types, obviously (to anyone with half a brain) it really means one thing: lightsabers.

By donning the Rift headset (which places a small screen in front of each eye and a speaker by each ear, all of which respond to your head movements) the wearer is plunged into a completely immersive virtual world, which in this case that happens to be a long time ago, in a galaxy far, far away. By waving around the two STEM controllers, each of which resembles a saw handle with buttons and a joystick, the user is then able to control the arms of their in-game avatar, deflecting laser beams and slicing up droids like they eat midichlorians for breakfast.

Sadly, yet again, the arrival of this technology in the living room is still some way off. However, when you think about the possibilities it opens up for the gaming industry, we’re one giant step closer to actually being able to stepinside our favorite titles and experience them in as real a sense as it gets. And, when that technology finally reaches GTA, we might as well wave goodbye to all our friends and family, because they won’t be seeing us for quite some time indeed – especially if we manage to rack up five stars.