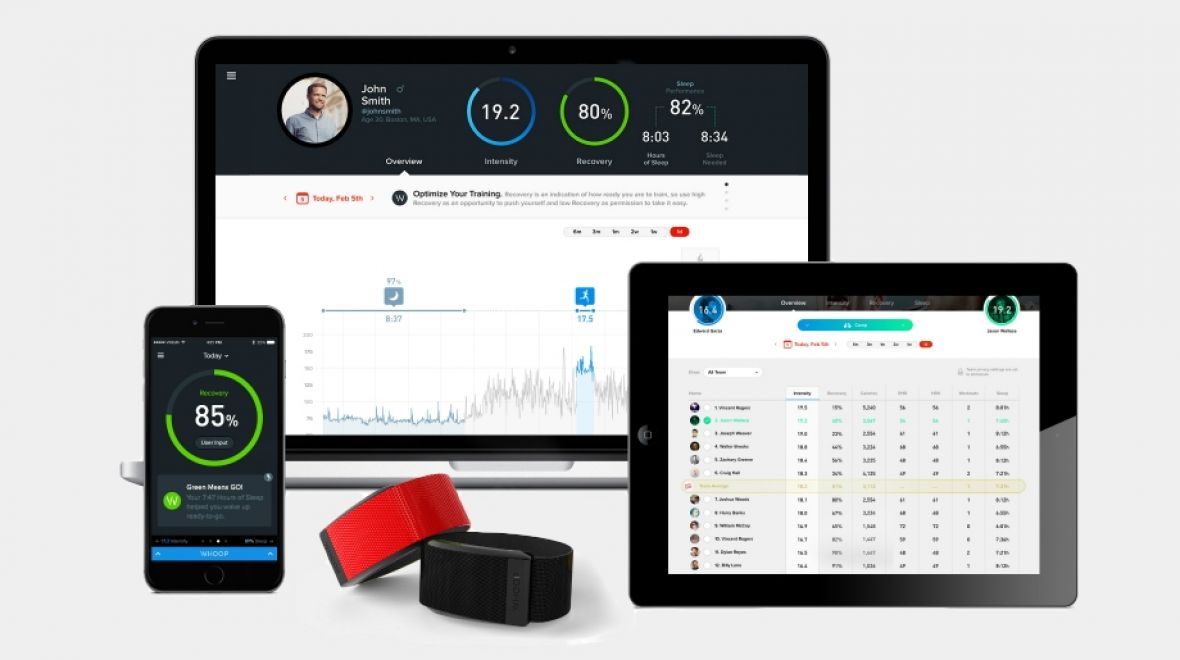 The next-gen fitness trackers of 2015 have focused on tracking more – more metrics, more often. Whoop is taking this one step further with its wearable wristband and predictive analytics system for athletes and coaches.

This one is different, though. It costs from $500 to $5,000 a year as a subscription for an individual elite athlete and up to $100,000 for a coach to monitor a whole team using Whoop.

Why so expensive? It continuously measures skin conductivity and heart rate variability – more than 100 times a second, in fact – as well as sleep tracking, to analyse how an athlete’s body is handling the strain of working out or performing and how it recovers. And its analytics dashboard is focused on the role of sleep and recovery, making sure athletes peak at the right time and avoiding overtraining and undertraining.

A step ahead of the athlete

The Boston based company was founded in 2012 by squash player Will Ahmed and two other Harvard graduates who set out to build a wearable tech system “robust enough to prepare a Navy SEAL but with the form factor that the average athlete would feel comfortable wearing 24 hours a day.”

The Whoop wearable is designed to be worn 24/7 to measure strain from exercise and day-to-day stress and reportedly charges while it is worn. We will update this story with more specs when we get them.

Ahmed told ESPN: “We’re a step ahead of athletes. When they wake up, they get a score from 0-100 that measures their recovery. That might change what an athlete does that day. Going into the night, the device will tell you how much recovery or sleep you need based on the strain you put on your body throughout the day.”

Investors include Two Sigma Ventures, MIT Media Lab’s founder (who also serves as an adviser) and LeBron James’ personal trainer. Whoop’s website says it is working with professional and college athletes in all major sports, Olympians and the military. Anyone who is interested right now in the product can fill out a form indicating their details as it is now available.