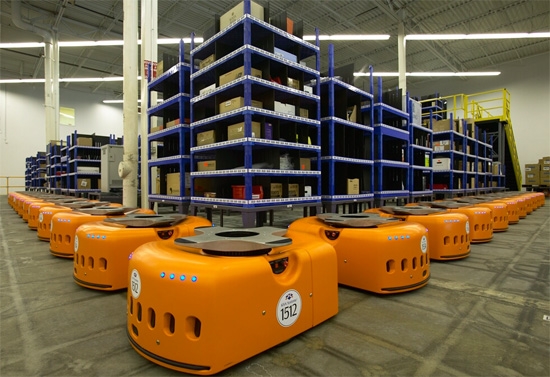 With Amazon seemingly equipped to ship everything ranging from a paperback book to jungle gyms, the company has become reliant on some high-tech robots as added and necessary hands when satiating the public’s demand for faster and better when it comes to holiday shopping. In an exclusive video for TIME, photographer and videographer Stephen Wilkes captured Amazon robots made by by Kiva Systems – a company Amazon purchased for $775 million in 2012 – as they work their magic at the company’s Tracy, California warehouse. First employed in July of this year, Amazon now utilizes more than 15,000 of them in 10 of the company’s warehouses. According to TIME, “The days between Thanksgiving and Christmas are Amazon’s busiest of the year. Customers ordered 426 items per second on the Monday following Thanksgiving last year, the day online retailers have branded as ‘Cyber Monday’.”