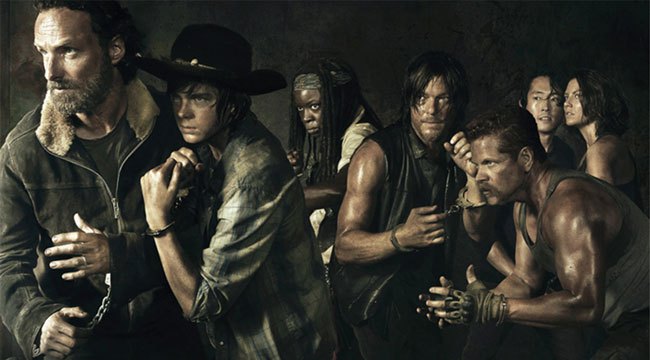 The sixth season of The Walking Dead kicks off Sunday, October 11, and already people are speculating about who is going to live or die. Rather than the “slow burn” approach of Fear the Walking Dead, word is The Walking Dead plans on kicking things off in fifth gear with someone getting eaten in the very first episode.

Whether that’ll be a major or minor character remains to be seen, but there’s nothing minor about another character rumored to be on the chopping block for this season. Potential spoilers ahead!

Out of the Atlanta Five, only Glenn has managed to stay pure and kill only walkers. Everyone else has had to kill a human or 10 in their quest to stay alive. It’s not like Glenn didn’t have the opportunity. The fifth season ended with his character almost meeting his demise via the machinations of Nicholas, but Glenn ended up saving the scumbag instead of killing him.

Now the rumor mill is starting to ramp up regarding Glenn’s demise in the new season. In the comic books, Glenn is killed by Negan, a pivotal character in Robert Kirkman’s monthly series. There was speculation that Negan was the character in the train car at the end of the season five premiere, and even more speculation that he’ll play a much larger role in the upcoming sixth season. If he does, that does not bode well for the fate of Glenn.

That being said, just because something happens in the comics doesn’t mean it’ll go down the same in the show. At this point, plot points and character fates have been switched up so much that you can’t rely on the source material to see into the future. And for all the smoke coming from set reports and insiders, there may end up being no fire. Remember the hubbub as last season was ending and Daryl rumors started circulating?

There’s only one way to find out what will happen for sure, and that’s to watch the damn show. After several somewhat disappointing weeks of Fear the Walking Dead, the original can’t return soon enough. A few more days!