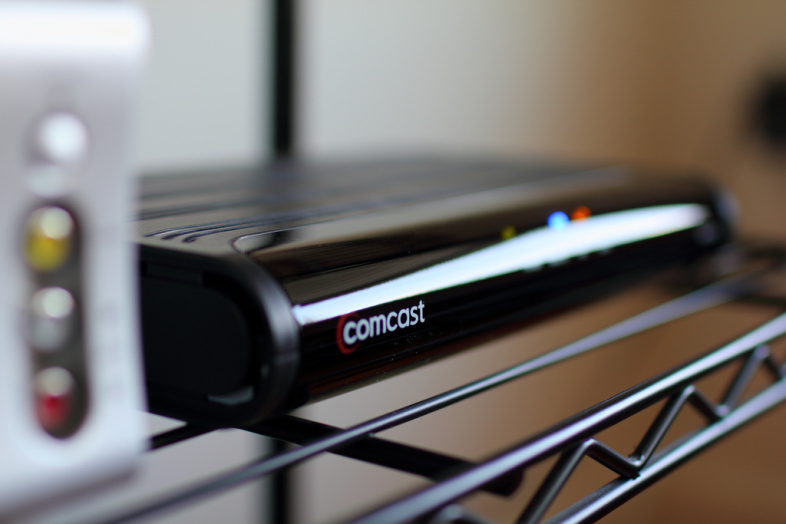 Like a lot of consumers tired of paying a hundred dollar monthly bill, I cancelled my cable subscription several years ago. Instead I rely on Netflix, Hulu, and Amazon Prime, all streamed directly to my TV via a tiny Roku. Is it perfect? No, I don’t have any sports access. And I can’t watch live broadcasts.

But nothing’s perfect in life, and my TV setup now is in many ways far superior to the ancient cable box technology still imposed on paying customers by the big service providers. The obvious draw is the price. I’m paying a lot less money for basically the same service. Another advantage is the fact that I decide when to start and stop my programs. I don’t know how everyone else watches TV, but when I still had cable, I felt like the TV was always just on in the background. It was like the default way I lived my life.

What was worse was that there was never really anything on. I’d flip channels aimlessly before landing somewhere that spoon-fed me reruns I would have never actually made a deliberate choice to watch. Either that or I’d let the remote fall on one of the twenty-four hour cable news channels, while talking heads foamed at the mouth, constantly reminding me what a bunch of idiots the other half of the country is.

As a result of cutting the cord, I find that I watch a lot less TV, but that the TV that I do watch is something that I’m meaningfully engaged with. Instead of just settling for watching the second half of Spider-Man 2 because it happened to be playing on TBS, I can sit down and make it a point to watch a movie or a show from start to finish. Or I won’t watch anything, because it’s nice to not have the TV constantly yapping at the periphery of my consciousness.

Which is all to say, cable sucks. But that’s not really saying anything new. And again, I don’t have sports. Which, seriously, sports broadcasters, figure out a way to give me my local teams at a reasonable monthly price. I’d absolutely pay.

But while I’m largely satisfied with my current setup, there are few nagging problems that drive me crazy every time I settle in to watch some TV. And I guess I’m largely looking at you here, Hulu.

My biggest complaint with Hulu is, as a paid service, why do I still have to sit through the same amount of commercials as if I’m watching regular TV? I thought the whole point of the monthly subscription was that I’d get to skip the same old advertisements that do not influence at all how I’m going to spend my money.

And when I say the same old advertisements, I’m talking literally. Hulu has this annoying habit of showing the same two or three commercials on loop. Worse, they’re not even real commercials. It’s a bunch of low-budget clips, stuff you’d never see on a TV channel, obviously geared toward this idea of streaming TV as a low-budget form of entertainment.

At least, that’s what it seems like. There’s no other explanation as to why, during a twenty-minute sitcom, I’m forced to watch, four or five times, those cheesy commercials for some Internet exercise video service. I can’t even remember what it’s called. See, I’m watching these commercials on repeat and I can’t even remember the name. That’s not effective advertising.

Hulu, just stop it. I know, I know, I’m paying less money, I’m getting the same programming as if I had cable, but I’m still paying something. Should the price for convenience really be to see how many times you can annoy me during a half-hour period?

And I guess to a larger extent, I’m just so sick of being forced to view advertisements in every direction I turn my eyes. I know that advertising has to exist at least a little bit, but it’s becoming this plague, seeping into every corner of everything that I do. All of my web sites, all of my TV, it’s all ads, everywhere. Shea Stadium was replaced by Citi Field, and now the major sports leagues are trying to figure out how we can start advertising on jerseys. And who’s buying up all the ad space? Citibank? Coca-Cola? Does Coca-Cola really need to put its logo on sports jerseys to sell soda? Can’t we have just a little bit of personal space in our lives free from advertising? Because I’d pay a little extra to not have to have my senses constantly invaded by ads.

Also, Hulu, I’m getting really tired of how, every time I finish watching a show, you start automatically playing some other show that I have no interest in. I get it, you’re thinking, well, I have him sitting down and watching TV, maybe he’ll be too lazy sitting there on his couch to stop this next program from playing. Yes, I’m lazy, but no, I’m not going to start watching Hart of Dixie just because you say so. At least give me the option to turn this feature off.

Anyway, my current setup is still a lot better than the cable box. If you’re on the fence about cutting the cord, I say just go for it. You can always go back to overpriced cable bills if you really miss having a menu of hundreds of channels you’ll never actually watch.