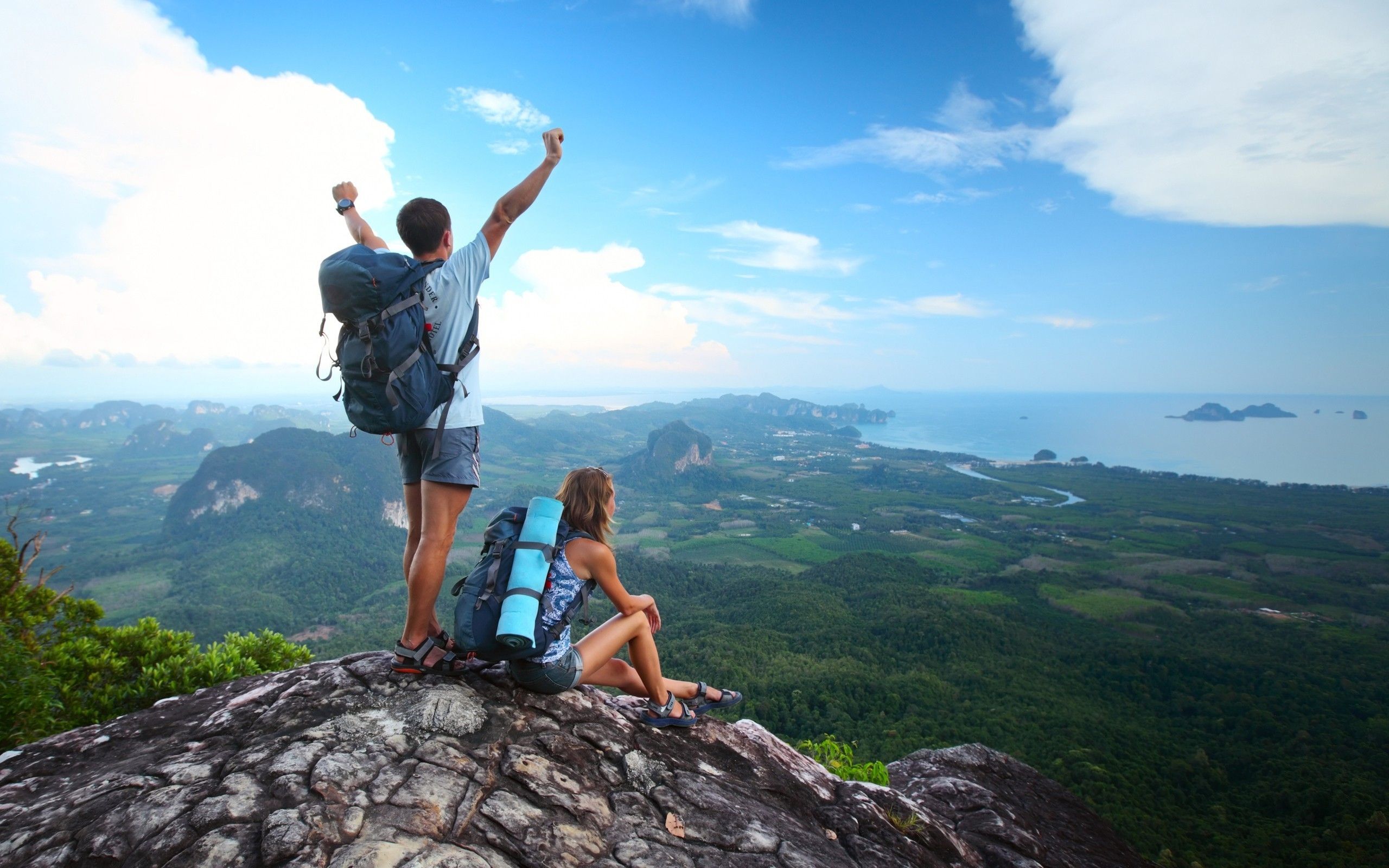 Vacations are supposed to be about relaxing, but even experienced travelers know that planning a trip also comes with its own set of stresses. From figuring out how you’re going to pay for it (so many costs!), to fitting everything into your carry-on (because, checked-bag fees…), to simply trying to get your bearings a new place, it’s easy to get overwhelmed.

But, luckily, it doesn’t have to be so hard. We talked with four professional travelers who shared their insider tricks for making travel easier. Ahead, find out about the hack that got a blogger two first-class tickets to Abu Dhabi for less than $100, pick up tips for getting perks like free Champagne, and learn how to make your trip a lot more comfortable, from beginning to end. Bon voyage!

Pay Attention To Special Deals For Your Rewards Program

Often times, travel rewards programs give extra points for purchases made at certain restaurants or on specific days. If you’re aware of those deals, you can really rack up the points, which travel blogger Chris Guillebeau says is the best long-term trick for getting cheap airfare and hotels. He and his friend have even started the tradition of a “Dining Dash,” where they visit 12 restaurants in one day, all in pursuit of miles and points. “For us, it was a fun adventure,” he says. “We did benefit, though, from the 3x bonus that the Chase Sapphire card has on the first Friday of every month.” Through his credit card rewards, Chris has been able to travel on the very cheap. “Last year, I took a friend to Abu Dhabi from LAX in first class,” he said. “This flight would have cost no less than $11,000 per person were we to pay for it [outright] — but with miles earned through credit card bonuses, it was just a few hours of work and less than $100 in taxes.”

Another good trick for saving money is to set up flight alerts a few months before your departure date, suggests Clint Johnston, owner of the travel tips blog TripHackr. “They’re free to set up on sites like Kayak, and they’ll notify you by email when the fare drops to the price you set,” he explains. “If you’re flying internationally, plan to book your flight six to eight weeks before the departure date.” Clint also says that being flexible with your dates and destination (if you can be) is the number one way to get a good deal. “Flying into nearby airports may save you a lot of money,” he says. “For example, if you need to fly to LAX, also try Orange County, Long Beach, and Burbank.”

Sometimes it takes just a little extra time to save hundreds of dollars, says Johnston. “For example, flights to Rome may be expensive, but flights to Paris are cheap. Book a roundtrip to Paris and a second roundtrip on a budget airline [from Paris] to Rome,” he suggests. “Budget carriers are common in Europe and Southeast Asia and often offer incredibly low fares.” It may sound like a hassle, but when you have a few hundred more bucks to spend once you arrive in your destination, you’ll be glad you took the time to do the research.

Turns out, there’s an art to nabbing a good spot on an airplane, and Johnston has the secret to making it yours. “Check-in online and find the perfect seat before you get to the airport,” he says. “Not all economy seats are the same, which is why I use sites like SeatGuru to find the best available seat. It will show you the perks or drawbacks from every seat and every plane, which helps you stay comfortable onboard.” Extra legroom, anyone?

Learn To Love The Layover

“I may be weird, but I personally like airports,” says Guillebeau. And, that’s because he figured out that they can be an awesome place to spend a few hours — if you know what you’re doing. He explains that it wasn’t until he started travel hacking overseas that he discovered the truly noteworthy airport lounges. “Some of these lounges aredestinations,” he writes on his blog. His favorites include Lufthansa First Class Terminal in Frankfurt, the Virgin Atlantic Clubhouse in Heathrow, and the AmEx Centurion Lounge. Even if you don’t have the exact, proper credentials, you may still be able to work your way in. For example, if you have any American Express credit card, you can pay $50 per visit to hang in the AmEx Centurion Lounge (it’s free if you have the Platinum or Centurion Card). For long layovers, it’s worth investigating the pay-per-visit airport lounges, since many offer free gourmet food and alcoholic beverages, high-speed Wi-Fi, and even complimentary massages. “If you can gain access to the right lounges, then you won’t have a problem setting up shop for hours if necessary,” Guillebeau says.

The old-school way of saving space in your suitcase: rolling your clothes. The new-school way: Space Bags! “I cannot live without Space Bags,” confesses Jessica Dante, travel blogger and editor-in-chief of The Abroad Guide. “The ones that are made for travel can be used without a vacuum and are super useful when packing thick sweaters and outerwear for cold weather destinations,” she says. “They suck the air out of those thick pieces so that you can fit more in your bag.”

Sometimes the worst part about traveling internationally is having certain websites and videos blocked. But, there is a way to access them no matter where you are. Enter: the VPN — the virtual private network. “I use a VPN to access Pandora, Netflix, and other country-restricted content abroad,” Johnston says. “Many services you pay for at home are blocked abroad, but VPNs will help you work around that. There are many free options, but paid options are often faster and more reliable.” Looking for a good one? Try Private Internet Access. (And, no, it’s not as sketchy as it sounds.)

Stream Media To Your Hotel TV

If you’re in the mood to watch a movie but don’t want to pay the hotel’s exorbitant rental fee, you can save money by streaming from your phone or laptop but still get the larger-screen experience. “Instead of watching Netflix on my tiny phone, I can watch it on TV,” says Jill Dressel, a corporate flight attendant. Her trick is making sure she always packs her HDMI cord. “You plug one end into your phone and one into the TV, then turn the TV to HDMI,” she says. “It’s that easy.” You may need a special cable depending on your device, so be sure to confirm that you’ve got the right one before you depart.