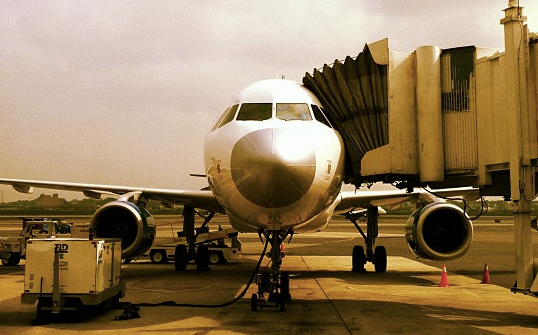 Travelers at seven of the country’s busiest airports may experience delays or other issues tomorrow as thousands of airport workers plan to strike Wednesday night protesting poor working conditions and threats related to their efforts to unionize.

It’s unclear how the strike, which is expected to start around 7:30 p.m. and extend into Thursday, will affect airport operations.

The workers, who are employees of companies contracted by U.S. airlines, are protesting low wages and retaliation related to their desire to unionize with SEIU.

The walkout has been in the works for about a month, after airport workers discussed their concerns over wages at a SEIU sponsored convention.

One worker who cleans and checks plane interiors at New York’s JFK airport tells Reuters that he currently doesn’t make enough money to pay for rent. He says he’ll be starting a second job next month in order to supplement his income.

This is the second planned strike for airport workers in recent months. A similar walkout in July at New York’s LaGuardia and JFK airports was canceled after employees reached an agreement with their security services provider.