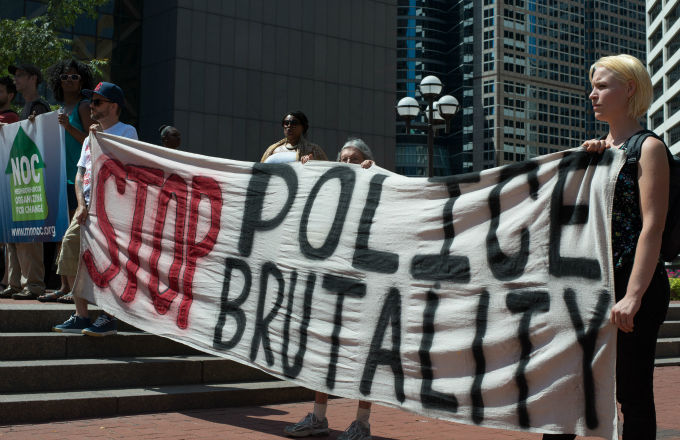 As the nation continues to grapple with a daunting police brutality crisis, the latest statistics once again prove that widespread police reform can’t come soon enough. Citing the 2015 rate of police killings by firearm as “well more than double” the average number reported annually by the FBI over the past ten years, the Washington Post revealed their final tally on Wednesday.

With the fatal shooting of 23-year-old Keith Childress Jr. on New Year’s Eve in Las Vegas, the United States marked its 984th (and final) police killing by firearm in 2015. Though the “vast majority” of those shot and killed during these 12 months were reportedly armed and half of them were white, black people were fatally shot by cops at a rate three times higher than that of white citizens (when adjusted for population).​ 40 percent of those shot and killed while unarmed were black men, although the group accounts for just six percent of the country’s total population.

These figures, though startling, are in line with the Guardian‘s recently revealed 2015 statistics on the total number of police killings. Though most of these incidents of police brutality would appear to involve a firearm, the Guardian‘s figures also revealed seemingly high numbers for Taser-involved deaths.

“They just gunned him down,” Childress’ mother, Jacqueline Lawrence, tells thePost of her son’s death . “They said he had a gun, but he had a cellphone in his hand.” The family is reportedly planning a wrongful death lawsuit. Thus far, as many as 11 people have been fatally shot by police in 2016.