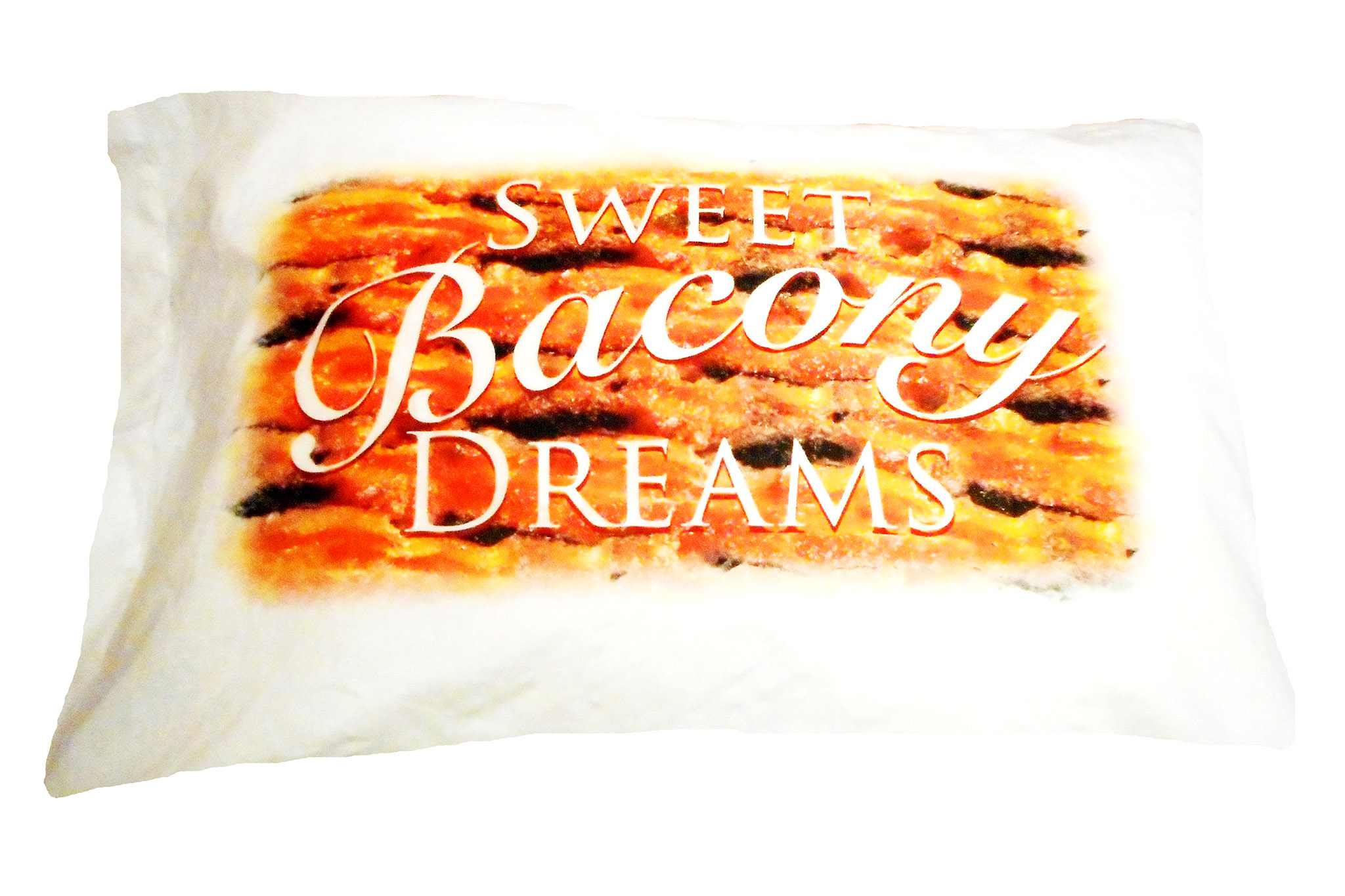 Created by J&D Foods, the pork-inspired pillowcase uses “advances in printing technology we stole from NASA to allow the scent of bacon to permeate your dreams and expand your mind,” according to the company website.

Benefits include “happier dreams of breakfast past, effortless, overnight weight lost, and dramatic increases in your intelligence.”

The Washington-based company was founded by two friends, Justin and Dave, after they won $5,000 on ABC’s “America’s Funniest Home Videos.” The pair spent the earnings creating their first product: bacon salt.

“In just five days we sold all 6,000 jars of bacon salt,” the company says. “We soon realized that the worldwide demand for a bacon-flavored seasoning was more immense than we could have ever imagined.”

The bacon-scented pillowcase sells for $12.99, and the company also sells bacon deodorant, bacon popcorn, and a bacon coffin.