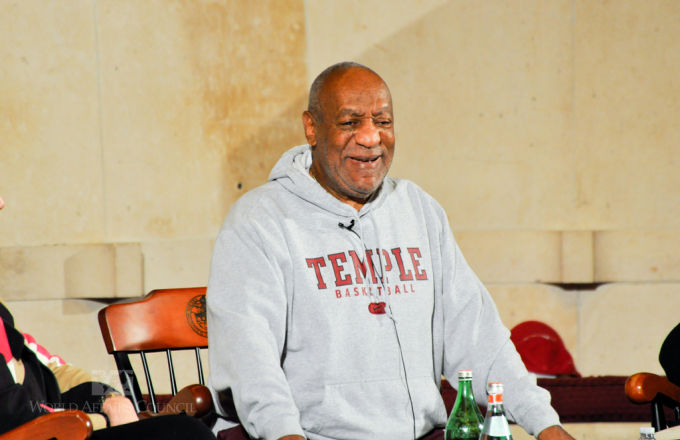 On Wednesday, three more women joined the ongoing campaign to both expose and enact justice against Bill Cosby’s storied, decades-long history of sexual abuse. Alongside attorney Gloria Allred, the three alleged victims revealed their allegations during a press conference. Actresses Eden Tirl and Linda Ridgeway and former flight attendant Colleen Hughes revealed the details of their individual encounters, joining more than 30 other women who have already accused Cosby of abuses which he continues to deny.

Hughes reportedly met Cosby during a flight to Los Angeles during the 70s, at which point the disgraced comedian asked her to join him for lunch at the Fairmont Hotel. After taking a shower in Cosby’s hotel room and exiting the restroom fully clothed, she had a glass of wine with Cosby before waking up several hours later in a state of confusion. Ridgeway’s assault, unlike many of the other allegations, took place during a job interview and reportedly did not involve sedation. Tirl, an actress, is known for her work on The Cosby Show.

Cosby was recently denied appeal by the California Supreme Court, meaning the lawsuit stemming from his alleged molestation of Judith Huth at a Playboy Mansion event in 1974 will now proceed. Cosby is expected to appear for a deposition in October.