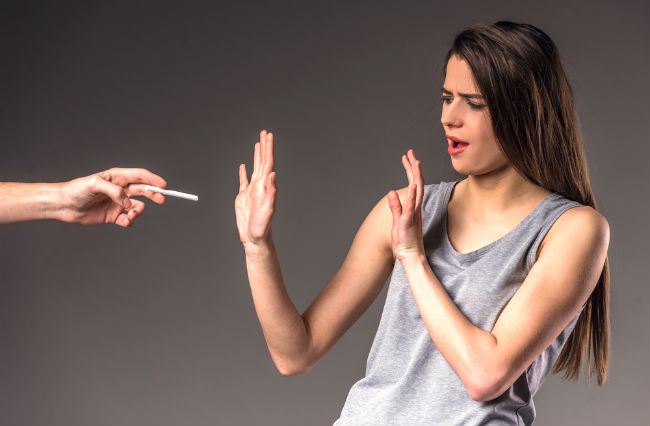 About six months ago, I started working on losing weight the slow, boring, actually effective way. Granted, I have some biological advantages in that arena, being a dude, but still, I’ve lost about 17 pounds over the last six months and kept it off. Why? Because I changed my small habits.

Human beings, as a species, love patterns. It’s why we see shapes in clouds, why a well-sung chorus will be stuck in your head for weeks, and so on. And that applies to how we live our daily lives, whether consciously or unconsciously.

It’s also what makes a New Year’s resolution like “Lose weight” or “stop smoking” so intimidating. They’re a big bundle of small habits, created by a mix of scheduling, convenience, impatience, and circumstances. So when you try to throw a new habit on top of them, you’re probably changing a dozen habits at once, and your brain hates that. It likes its habits. They’re comfy. And it has a lot of them.

To give you an example, here are some of the habits I’ve had to change over the last six months:

And that’s just the ones I was actually successful at! There are other small habits, like not ordering more take-out and walking everywhere I can, that I’m still working on. And yes, I made a few larger changes as well. But the little habits helped a lot, because they were something small I could easily achieve. Once I had one habit locked in, I moved on to the next one, and because it was the small stuff, it was easy. Individually, they make a small difference, but together, they can change a lot.

The downside is you don’t see immediate results: We’re talking a long-term plan here. But combine it with some larger, reasonable changes and even if the gym or the patch doesn’t stick, some of the healthier habits you’re picking up will.