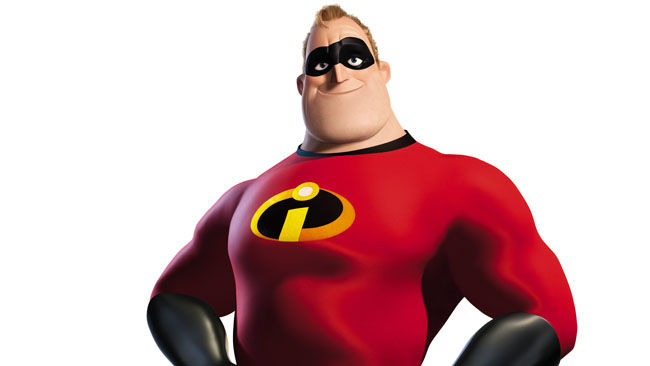 Unless this cab driver is actually Syndrome in disguise, Mr. Incredible has some serious explaining to do.

Philadelphia police released video footage of a man they say took a cab on Halloween night dressed as the animated superhero. After going into a 7-Eleven, Mr. Incredible and a woman dressed as Mrs. Incredible tried to walk away from the cabbie without paying the $40 fare, according to police.

When the driver threatened to call the cops, Mr. Incredible punched Mr. Cab Driver in the face and fled the scene, police said. The cab driver was taken to the hospital to treat a laceration on his face.

Police described the suspect as a white man in his early to mid-20s standing about 5-foot-9 with a stocky build and “wearing a red colored ‘Incredibles’ costume,” although we’re going to go out on a limb and guess he has probably taken off his Halloween costume by now.