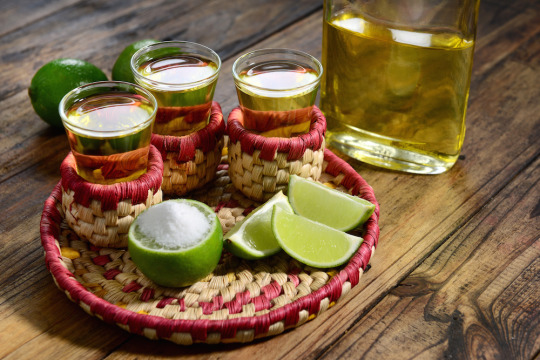 Most of us have had a run-in (or three) with tequila at some point. The more adventurous among us may even have faced down the mighty mezcal. But do you really know your tequila? Let’s get down and dirty to find out how best to build a quality buzz.

Tequila, first of all, is a region-specific name for blue agave-based spirits, just like Champagne is for sparkling wines. Only blue agave spirits produced and distilled in Jalisco and limited areas of Guanajuato, Michoacán, Nayarit, and Tamaulipas are allowed to be called Tequila. The designation is controlled by the Norma Oficial Mexicana (NOM). Any tequila-like blue agave liquor made elsewhere is regarded as a mezcal.

While mezcal is often associated with the worm, known in Spanish as a gusano, in the bottom of the bottle (a sales gimmick introduced in the 1940s, not a traditional inclusion), and with cheap, coarse taste, there are actually many excellent and expensive mezcals well worth seeking out, especially those from single-village producers in the Oaxaca area.

Now that we know the basic outlines, here are some more specifics. Both tequilas and mezcals are offered in three primary types, associated with the amount of time they’ve been aged, typically in American oak barrels—often used Jack Daniels barrels.

Blanco — sometimes called “joven” (Spanish for “young”), or “silver,” blanco tequila is the twice-distilled, unaged spirit, and carries the rawest, and, for the aficionado, purest, flavor of the tequila. There’s no hiding the mistakes in the distillation process, or in the quality of the agave or the fermentation that created the alcohol in the first place. It’s a strong, crisp, pure spirit that should taste of black pepper, citrus, agave, and honey, with occasional floral notes.

Reposado — This is tequila or mezcal that has spent somewhere between two months and one year in oak barrels. The time spent aging draws flavor out of the oak and into the tequila, just like it does for whiskey or other aged spirits—and even some oak-aged wines. The time spent in the barrel typically gives it a light golden to coppery color, presenting a sweeter flavor with some vanilla notes and a toned-down expression of the blanco flavor underneath.

Añejo — Aged from one to three years in oak barrels, añejo tequilas and mezcals pack even more complex flavors, approaching some of the richness of good whiskey—the oak barrel being the common thread there—while also gaining a rich, amber to brown color.

Now that you have a better idea of what each type of tequila or mezcal has to offer, you can better pair the flavors with your favorite Cinco de Mayo food, or pick the tequila that’ll be best in a fresh-made margarita or sipped from a glass while you share a fine cigar with the crew at the end of the night.